Following the successful inaugural edition of the Challenge Almere-Amsterdam in 2013, in which participant numbers grew to over 1750 triathletes in the full weekend, the organisation announces a fully renewed bikecourse for this years’ edition.

Based on evaluation of participating athletes in this first year under Challenge colors the call for action was clear: A fast course with wide roads and a low number of corners. Also, due to the organisation of the upcoming European Championships Long Distance, more athletes are expected to start: demanding more space on the course.

In close coorperation with local councils and state government in Flevoland the organisation believes to have achieved this goal: “We believe we have found a very fast and attractive course. We have a great mix of ingredients: Dutch dikes and land reclaimed from the water play an important role in this course. The athletes pass the central event location on the Esplanade by only a bit more then a kilometre, which makes it very easy to track for the spectators.”, according to race director Richard Belderok.

Limited amount of corners
The mostly flat course of this year will predominantly take place on wide (car) roads. The first 5 kilometres of the course will take place on a bike path past the central lake Weerwater, via the Castle it will go to Almere-Haven, the athletes will start on the dike towards the Havenkom in Almere-Haven and continue on the dike towards the provincial capitol of Lelystad. After turning around in Lelystad athletes will enter the ‘polder’ via the Oostvaardersplassen, a nature reserve as shown in the movie “De Nieuwe Wildernis”.
Here, via the recently restructured forests of Zeewolde’s Horsterwold, athletes set a course to the Stichtse Brug and back to Almere-Haven. Athletes on the Half Triathlon will return to the Esplanade in Almere-Stad after completing this lap of 90k.

The Long Distance triathlon will continue for a second lap, but at the start of the second lap it will take a small loop via the Havendreef and Paralleldreef to ‘t Oor, which is centrally located in Almere.
Special about this course is that it is located 4.5 metres below sealevel and only knows a limited number of corners. It is expected to be a very fast course.

Spectators
In order to make the race attractive for spectators three easily reachable hotspots are created.
The passage near ‘t Oor is just a bit over 1 kilometre from the start / finish area on the Esplanade. Easy to reach by public transport, ferry connections and car. The run course will also pass-by closely making it the ideal location for following all heroes throughout the day.
The second hotspot will be the Havenkom in Almere-Haven. This hotspot is best reached by city bus, athletes will pass-by here twice during their bike lap. The race can be easily followed from one of the many terraces in the harbour. With this element the organisation hopes the bring the party back to Almere-Haven.
The third hotspot is located in Lelystad, near the roundabout Durgerdamstraat/Houtribweg. The participants are passing here twice on the bike and turn around when coming from the Oostvaardersdijk before going to the Knardijk.

More information on the course 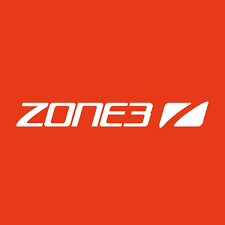